I think everybody has read the international news about yesterday’s coup by general Min Aung Hlaing. The internet and phones were shut down for a couple of hours as democratic elected members of parliament were arrested and the airports were closed.

As a result of the communication blackout, the banks closed for one day. People queued to buy rice and they mostly ignored the few supporters of the military that were in the streets. The General appointed a new president and new ministers, (all with a military background) and seems to have a “business as usual approach” although it’s still very early days to know what’s going to happen.

There were no casualties and some of the people arrested yesterday were released today, or put under house arrest. It’s quiet in Yangon and elsewhere in the country. It has been clear by the people’s response that they do not support this coup and feel angry, frustrated and worried for Aung San Suu Kyi and for the democracy Myanmar country has carefully built up over the last years. It feels that in one go, the military put the country back many years and people realize the results will be disastrous for their dreams, the economy, freedom and all other values they have strived for.

What will happen next?

As far as what will happen next, nobody knows. Both overseas and within the country, the coup is strongly condemned. The so-called reason for the coup was alleged voter fraud but that seems very farfetched.

I have been living in Myanmar for 20 years and this is the not the first time the military has shown their strength. The feeling around the country is that the people are simply very sad. It’s a big step backwards and certainly will have a big impact on people as well as on tourism. Living under the military for many years and under the Western sanctions, we do know that both are bad for the well-being of the people and do hope that somehow the coming days or weeks can reverse some of the things that happened yesterday.

The coup came just as the country had started a massive Covid-19 vaccination last week with the 1.5 million vaccines donated by India. Within days of arrival of the government started vaccination for health workers and within 5 days more than 100.000 people got their vaccine. The new government will continue with the vaccination process (see also Myanmar Times article). In the coming week, the government is planning to start vaccination for elderly people over 65 years old around Myanmar. 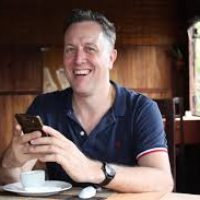 Explore our destinations or get in touch with us.