Phuket is undoubtedly the most famous island in Thailand, if not all of Asia. Fame comes with a price of course, and perhaps for that reason there are many people around the globe who connect Phuket’s global fame to somehow lacking local authenticity.

For some, being globally famous and well-promoted means it must be over-developed, or there must be too many tourists. Over the years of building a travel business, people have often asked: “should we visit Phuket? We’re not really beach people. Is it over-developed?”

My best answer to that would be a Times Square analogy.

If you told any New Yorker, or even a regular visitor to New York, that Times Square was a great representation of New York, you’d probably be laughed at as someone who’d just emerged from decades in a cave. For most, it’s that neon-battery pack of Instagram insanity that one by-passes or avoids altogether in order to get to somewhere else.

When people think of Phuket, the images that spring to mind are big hotels, shopping malls, oligarch-pleasing infrastructure, top class marinas and superyachts. It is also the nightlife capital of Thailand, competing with Bangkok.

It can also have traffic, touristy strips of high-octane hedonism, and bargain day trips to busy islands made famous in ‘90’s Hollywood movies.

But that side is not the real Phuket or what makes Phuket truly great. Much like there’s not much within several blocks of Times Square that would fit on any local’s top 25 things to do in the city that never sleeps.

I’ve just spent a month in Phuket, July 2021, and it has reminded me just how cool, diverse, and authentic Phuket really is. Yes authentic, there’s that word again.

The essence of Phuket is in the spaces in between the images we’re all familiar with. This inspired me to write a multi-part series on some of the things often overlooked in Phuket that make it exceptionally cool – right now. It might just be that Phuket has been misunderstood, and misrepresented, for decades.

Well, if you go to the busy and developed part, yes (see Times Square analogy above). But flying over the island 25 years ago revealed a lot of green, mountainous forest, which is still very much there today. In fact, there are several communities, Bang Rong in the northeast, for example, who emphasize mangrove reforestation, forest sustainability, and outright banning of cutting trees for charcoal which was an environmental hazard up until the late 1990’s.

A day on a motorbike around the island brings you to cozy, chill-out beach villages like Ao Yon, Rawai, Naithon, just to name a few. These beaches would not be out of place on far flung islands in Ranong or Trad Province. I spent a couple of hours at the 3-cottage gem called The Cove in Ao Yon, and over a fresh coconut drink felt as though I’d drifted off into a 1990 remote Thai island dream. It is on a tiny, virtually private crescent beach, swaying palm trees, and no nearby vehicles or busy roads.

Yes, you can get away from the busier parts of Phuket and have the best of modern luxury, or quiet bohemian bliss, or both.

On a single island you can go from top-of-class resorts like Trisara, The Slate, Rosewood, Amanpuri, and Andara, which compete with anything globally, to tiny private beach paradises like The Mooring, or the kitschy vintage Memory at On On Hotel in the old town.

Venture an inch off the map, and you can still very much transport yourself back to early 1990’s Phuket without much effort. 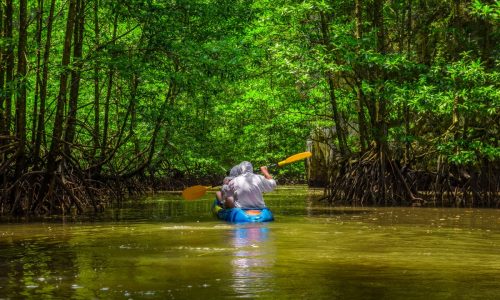 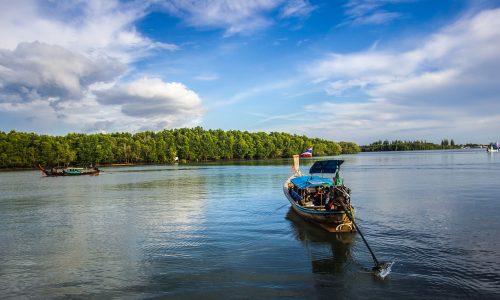 How to nail the old town in a half day without walking in circles? The Smiling Albino way, as designed in July for a group of media exploring the Phuket Sandbox, is a city-wide blitz of food stalls, dessert cafes, coffee haunts, museums, art shops and wine bars. There are various walking portions and a great sequence around the six main streets with a group of happy motorcycle taxi drivers who’ve become friends, plus a zip on a vintage old Phuket style school bus, of course.

This is a way to circumnavigate one of Thailand’s most beautiful historic towns, delving into the Peranakan traditions and architecture and food found only in old Phuket.

There are a couple more parts to this series, including thoughts on Phuket’s Creative Scene, as well as cool Community-Based Tourism initiatives in lesser-known corners of the island, as well as some of our favourite beach bars, restaurants, and experiences beyond the beach and the Old Town.

A note on the weather: while of course this cannot be guaranteed, I had a few half days of rain in all of July. That tends to increase in August and September, but certainly justifies low season visits to some of these popular areas. 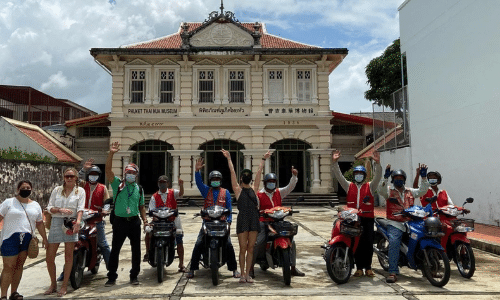 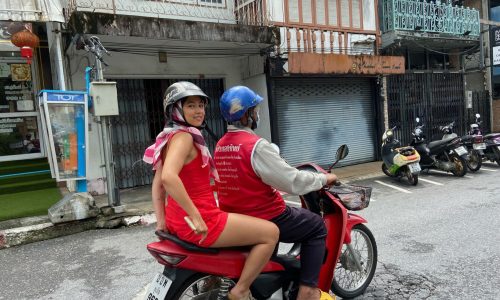 see what else is on in phuket